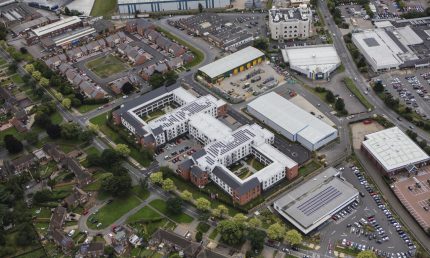 Deeley Properties worked with property developers Ziran Land in order to put the deal together for the development, which was a land and build package that was put to Starbucks for their consideration.

Deeley Construction were then appointed to create a new build Starbucks coffee shop with drive through in a built up area of Birmingham.

The project involved the demolition of an office block in order to facilitate the new development, involved significant asbestos removal.

Care and attention needed to be paid to site welfare and site layout for this project, also taking into consideration 24/7 access for a working dental practice next door and tree preservation issues.

Significant drainage/services and storm attenuation were installed, whilst maintaining access to the Dental Surgery.

The project has resulted in the creation of new jobs for the local community.