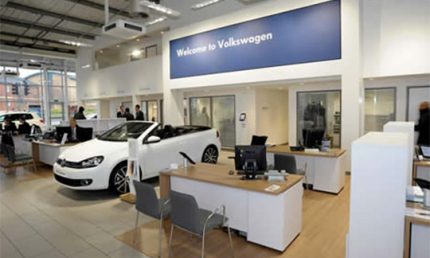 Conversion and refurbishment of an existing car dealership. The project was completed on time and to exacting manufacturers standards.

Listers Group, with whom Deeley have a long term relationship, purchased the existing BMW Citroen dealerships located on the same site in Boston, Lincolnshire.

Deeley were selected to convert and refurbish the showrooms to provide a new Mini BMW dealership, constructed to exacting manufacturers standards.

The project was also phased to allow BMW uninterrupted trading. One challenge to meet this criteria was the high level of traffic to the site entrance. The phase one entrance was shared with a Peugeot car dealership and a new residential housing development which was part occupied and under construction.

Segregated walkways for public and employees of local businesses ensured no one suffered any interference.

The project was handed over on time at the end of November 2010 despite one of the worst winters in recent memory.