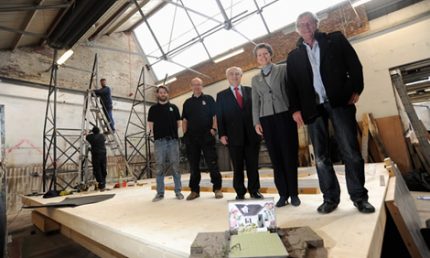 Relocation for local business on time and within budget, has allowed it to expand and develop further in its field

Local businessman and engineer Jonathan Douglas needed to relocate to allow for expansion of his business, ITG (Induction Technology Group).

The project was in a live operational environment as it was shared with Mr Douglas’ other firm, JE Engineering, which specialises in high performance Land Rovers. The new building allowed ITG to create a facility which was bespoke to their way of working and ensured more efficient production.

The works involved the construction of new workshops, including an internal office hub, together with associated external works and drainage.

The new build was completed three weeks early and has given Mr Douglas the room to grow his businesses which now employ 30 staff.

Mr Douglas said: “The time is right to move to a purpose-built office and workshop which will allow it to further develop the products and maintain the service which has been equally key in its success.”