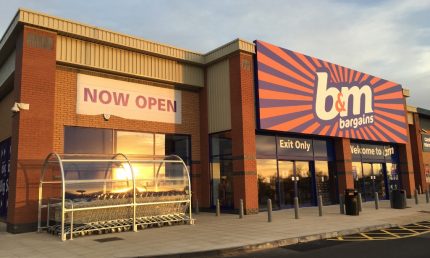 Two fire-damaged retail units which had to be repaired with the structural stability of adjoining units and a live shopping environment in mind.

Following a fire at this retail park in October 2011, Deeley Construction was appointed as design & build contractor to rebuild two existing retail units for Dunelm and Dreams.

In addition, we were required to repair fire damage to two neighbouring retail units – Carpet Right and Currys PC World.

The works needed to be completed in a live retail environment while also maintaining the structural stability of the adjacent retail units.

To aid the tenant we were required to handover the retail units in phases to allow them to fit out to their own specification whilst not affecting trade.

The construction of the retail units was of a portal frame, duo-pitched hipped construction with brickwork and cladding facades.

The site also sits directly under the fligh path for the nearby Coventry Airport which meant severe restrictions on working heights.